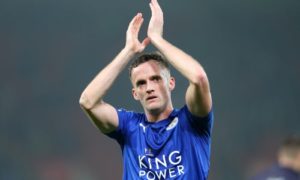 Roman Abramovich grew up as an orphan, and in a period of change in the Soviet Union after Mikhail Gorbachev came to the head of the state, he and his wife began to produce and sell toys and souvenirs. Subsequently, he began trading in oil and during the privatization invested in steel and coal and became the richest Russian. At first glance, an inconspicuous man has long been known mainly in Russia, as a governor, for example, raised the distant and poor Chukotka. In 2003, however, he bought the London football club Chelsea and became a world celebrity. He celebrates his fiftieth on Monday.

The life of this Saratov native from a poorer Jewish family began sadly. When he was a year and a half, his mother died, and at the age of four his father died. Little Roman took his uncle, grew up in the Republic of Komi and Moscow.He also served in the army and, according to his official biography, studied law. He studied other colleges he had not finished.

But the situation in the former Soviet Union was beginning to change, and Abramovich started his business. He continued his business with his first wife and his second wife Irina, with whom she has five children. Irina, the original stewardess, brought toys from his travels and Abramovich copied and sold them. “I used to make plastic ducks, too,” he admitted once.Soon he was trading oil at the center of Omsk’s Siberian oil industry and founded several companies where he worked. “I was just in the right place at the right time,” he once said, about how a toy and fuel merchant came to such means. He was also able to keep his shield clean, only in 1992 he was in custody for allegedly illegal import of 55 wagons of diesel into Latvia. During it, a handful of Russian entrepreneurs, the so-called oligarchs, gained control of most of the industry.And Abramovich was one of them. Generous fate brought him in the way of another oligarch Boris Berezovsky, who had good contacts with the then Russian President Boris Yeltsin. Young Abramovich was reportedly a close friend of Yeltsin’s daughter Tatyana and the gray eminence of the Kremlin. At that time, Russia began to privatize under a controversial scheme that provided the government with loans in exchange for shares in strategic companies. to get stakes in other companies, including Rusal, the world’s leading aluminum producer.And when Berezovsky left Russia in fear of being persecuted by the new Russian President Vladimir Putin, he sold his shares to Abramovich. But he and Putin managed to find a common language and is still one of the few “original” oligarchs, who have seamless relations with the Kremlin. Some oligarchs lost their property or ended up in jail, such as Mikhail Khodorkovsky.

Abramovich eventually sold his shares in Sibneft with Rusal for enormous sums, which Berezovsky challenged in court. The closely watched London trial eventually won Abramovich in 2012 and Berezovsky had to pay him $ 6 billion ($ 120 billion) in damages. The broken Berezovsky died the following year.Suicide was probably the cause of his death, and murder was also speculated.

In 1999, Roman Abramovich was also elected to parliament, and a year later he became governor of Far Eastern Chukotka, who was until 2008. He invested in this poor region. hundreds of millions of dollars and locals still love it.

In 2003, he bought the London football club Chelsea, for which he paid about $ 150 million in debt and then invested in the club by buying an incredible amount.Chelsea, under his leadership, won the highest English contest in 2005 after 50 years, which she managed three more times. giant Norilsk Nickel. Forbes magazine once ranked 13th in Russia’s once richest Russian, ranking 151st in the world ranking. Its assets are estimated at $ 8.4 billion. Abramovich flies by personal boeing and irritates his enemies with yachts, one of which is allegedly the largest private yacht in the world, a mansion or luxury cars. children.According to the press, settling with his second wife Irina cost him $ 300 million (over CZK 6.2 billion). She has seven children out of her relationships.